This week I had the opportunity to visit the Musée Curie [http://musee.curie.fr/]  – a museum devoted to the life & work of the Curie family – Marie, Pierre, daughter Irène & son-in-law, Frédéric Joliot. These 4 individuals won a total of 5 Nobel Prizes over the years – a staggering achievement – with these accolades signalling just how groundbreaking & important their work was. The museum is housed in the Institut du Radium in the 5th arrondissement in Paris.

This space includes the original laboratory & adjacent office of Marie Curie. [Apparently it took a lot of effort to make the lab safe for visitors – all residual traces of radioactivity had to be removed. I wondered about how difficult it must have been. The wooden floor looked old & there were a lot of cracks in it… …lots of cracks in which to trap radioactive substances.]

I was surprised by the light & airy space that the lab provided (see image above) – the sun was streaming in when we visited there. There is also a nice garden right next to the lab & office for strolling & contemplation… Marie Curie’s office (see image below) was right next to her lab & was easily accessed through a connecting door, allowing her to check on the assistants working in the lab.

Other exhibits in the museum feature old equipment – including a Geiger counter, a cloud chamber & curiosities such as water urns that infuse radium salts for drinking, as well as cosmetics that purportedly contain radium & thorium… 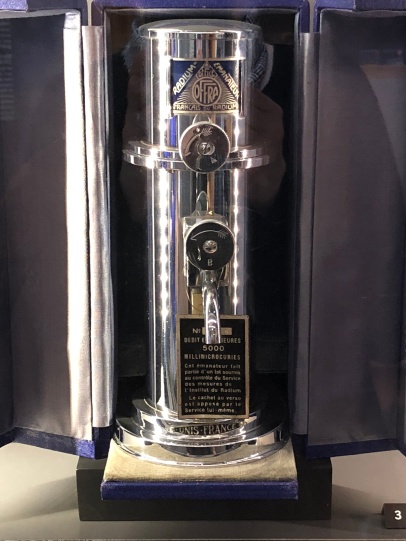 Overall, the museum was a very inspiring place to visit, to be sure – particularly because of a year long exhibit celebrating 150 years since Marie Curie’s birth [which runs from mid-2017 to mid-2018].

As I wandered around exploring the museum I couldn’t help wondering about what it would have been like to work as a scientist at that time. What if we practising scientists had been born 150 years ago? If so, what kind of science & work would we have done?

Neuroimaging, where ‘lab work’ is performed in front of a workstation as we know it today did not exist in Marie Curie’s time. There were no computers. There was no ability to perform immense mathematical calculations on big data. Roentgenology (X-ray technology) was in its infancy, and electroencephalography was yet to be born. If it was not possible to work in neuroimaging, what branch of science would we have pursued? Perhaps we might have been based in a wet laboratory or in labs involved in chemistry or physics. Indeed, work in the Curie labs was on the borderlands between chemistry & physics. That was what made it so groundbreaking – their discoveries required them to be experts in a number of different fields. The experiments required specialized measuring equipment  – quite a bit of which was built & designed with technical assistants in the basement of the building…

One thing that is certainly very different from those early times is our focus on occupational health & safety [& rightly so]. Back in Marie Curie’s time the effects of radioactivity on living tissues were not initially known. The precautions that we know to take today with radioactive substances [fume cupboards to handle radioactive liquids, lead aprons to shield the body from radiation] were not taken. Marie Curie paid the ultimate price for her research work – the longterm exposure to radioactivity caused her death in 1934. Apparently, Marie Curie’s papers are still radioactive, are kept in lead drawers & must be handled while wearing protective gloves & clothing. Even her cookbook is supposed to be radioactive! [https://en.wikipedia.org/wiki/Marie_Curie] In contrast, today, in every branch of science, occupational health & safety is important. It also includes training of lab personnel, the wearing protective lab gear & specialized laboratory procedures designed to keep everyone safe.

From what I could see from my brief sojourn back 100 years or so, I do not think that scientists were that different from those of the present time. Why? A major research direction for the labs at the Institut du Radium was the exploration of the effects of radiation on living tissue & as a treatment for cancer. The image at left below shows an early focused therapeutic radiation emitting device & the image at right below a government poster advocating vigilance for signs of cancer & not waiting to seek medical advice as early detection of cancer would allow for more effective treatment. 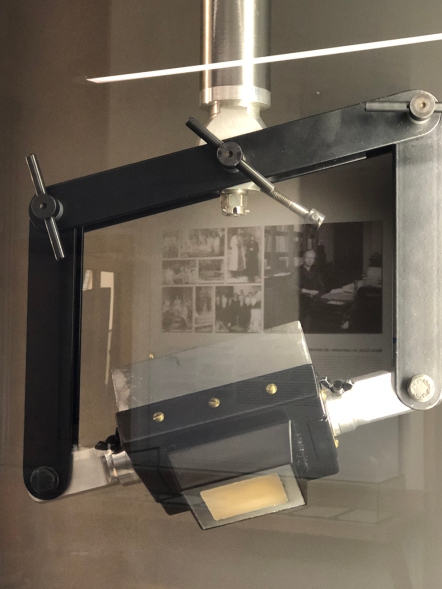 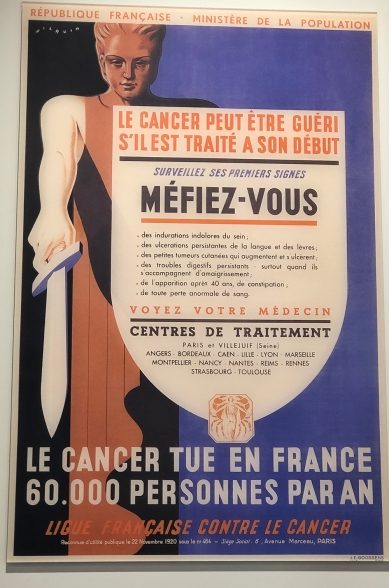 Marie Curie was a truly inspiring figure – a role model for others in so many dimensions. I have always admired her greatly & the visit to her museum was one that I had wanted to make for a long, long time.

So, which scientist from the past do you find most inspiring?